by NewsReporter
in Travel 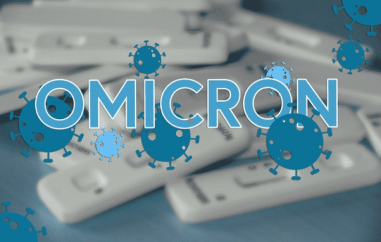 A group of seven Germans aged 25 to 39 have contracted the Omicron variant of the coronavirus in South Africa, although all have already received their booster vaccination. Wolfgang Preiser, a member of the research consortium that discovered the variant, told the Tagespiegel newspaper.

“Of course, this should not be misunderstood that vaccination does not help. On the contrary, it just shows that even the best possible vaccination is obviously not enough to prevent infection – which we already suspected,” Preiser said.

According to a study Preiser and his colleagues published on the case Thursday, the travel group became infected as early as late November or early December.

The individuals received these vaccines in this order:

None of the seven infected individuals had relevant pre-existing conditions, according to the study, and none had previously tested positive. Four of them were doing medical internships at various local hospitals, and the other three were on vacation. They all tested negative when they arrived in South Africa in the first half of November.

As the seven-day incidence increased significantly in the Western Cape province where they were staying, the seven individuals also developed mild symptoms that began between Nov. 30 and Dec. 2. After testing positive, all individuals went into home quarantine and kept a symptom diary.

During the quarantine, individuals had common Covid 19 symptoms. The most common symptoms were sore throat, fatigue, headache, but dry cough, chest and sinus pressure, rhinitis, and nausea were also reported. One person had night sweats, and another reported a temporary odor and taste disturbances.

The antibody level exhibited by the subjects was at a similar level to four weeks after the second vaccination. In contrast, the viral load of the seven individuals is reported in the study to be higher on average than it was for infections with the original Sars Cov-2 variant from Wuhan, the wild type. However, the study authors note that these are preliminary figures.

None of the seven Germans had to deal with a severe course of the infection. “Of course, you can say now: these are young people anyway. But you can already assume that at least a severe course is prevented,” Preiser said. This conclusion is also supported by the first data from a Biontech study, company CEO Ugur Sahin announced on Wednesday.

Biontech and Pfizer had said Wednesday that, according to their laboratory study, a booster vaccination neutralized the Omicron variant, while the variant could breakthrough vaccine protection after only two vaccinations.The third vaccination allowed the antibody level to increase 25-fold compared to two vaccinations. This level provides a high level of protection against infection with all known virus variants, the companies explained.

On the one hand, the booster breakthroughs in South Africa that have now become public are a setback. But they also show what the companies have already announced: that an adapted vaccine is needed. Biontech and Pfizer expect to have that adapted vaccine ready by the end of March.

As Biontech CEO Sahin explained in an interview with Der Spiegel on Thursday, the decision has not yet been finalized on whether an Omicron vaccine will be produced. Sahin affirmed that in his opinion, current vaccines can still protect well against severe disease. Sahin also brought a timely fourth vaccination into play, then with the new vaccine for the variant.Until then, Wolfgang Preiser explained, booster vaccination is the only thing that will help against Omicron. “But you have to be aware that even that doesn’t prevent infection 100 percent. In other words, you have to keep taking precautions.”

These Are The Most Expensive Airbnbs In Every State – Travel + Leisure

Would you pay a cool $45,000 for a three-night vacation? Stefanie Waldek While some travelers turn to vacation rental sites in search of a cost-effective stay, others come to Airbnb for the over-the-top spots, perfect for a lavish weekend away with a group of friends. That latter group might be...

Each product we feature has been independently selected and reviewed by our editorial team. If you make a purchase using the links included, we may earn commission. Whether you're embarking on a beach vacation or running errands close to home, a good pair of sunglasses will take you far. But...