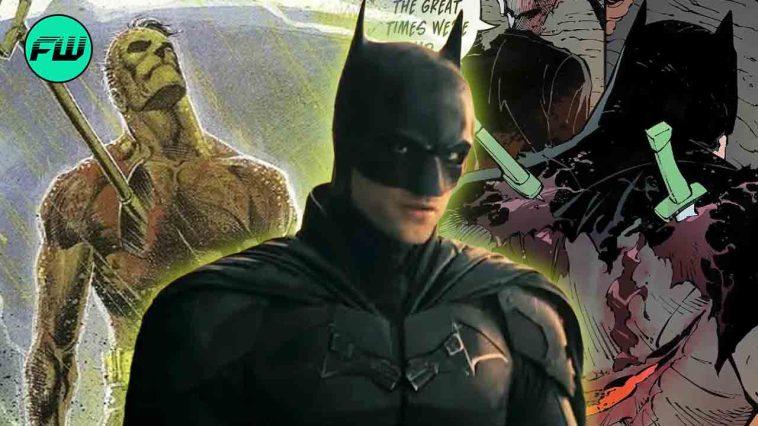 The Batman has given us some really cool and brutal batman fights. They are dark, gritty, and extremely violent. they also look super realistic. Batman gets beaten up and gets back up to return the favor. The Batman 2 has already been given the get-go by Warner Brothers. Matt Reeves is coming back to make the sequel and here are some more brutal Batman fights from the comics we would like the Director to incorporate into The Batman 2.

Batman Takes On The SWAT

Although this event happens in Batman: Year One, it would still be awesome if we could see it in The Batman 2. Matt Reeves The Batman is still the story of Bruce Wayne who is rough around the edges. This Batman is still green and a rookie at his core. In Year One, a young Bruce Wayne tries to take on three thugs and one of them drops an old tube TV on his head while they try to get through the fire escape. But that is not the end of his worries. The SWAT team swoops in and since Batman wasn’t known much back then, start gunning for him. With an army of cops around the building and Batman without his gadgets, he must use his guile and ingenuity to escape.

Tom King’s 85 issue Batman run is considered one of the best in DC Comics. he really helped push Batman stories beyond their limits. In Batman #55-57, it is revealed KGBeast, the Russian strongman/assassin shot Nightwing in the head, killing him. The Batman had already been through a lot and losing Nightwing was the final kick that pushed him over the edge. Bruce travels to Russia and challenges the KGBeast to a deathmatch on a snowy field. When the KGBeast is about to win, the Batman shoots his grappling gun into his neck, crushing his spine and leaving him paralyzed. Batman wakes away as abandons the KGBeast to die in the dreadful Russian winter.

Greg Capullo and Scott Snyder gave us the epic Court Of Owls story arc. A secret organization that has been driving Gotham through it underbelly since ages, the Court of Owls sent their greatest assassin – Talon after Batman. Batman #6 begins with Batman getting impaled on a sword. Talon comes out of the shadows and the two have a fight unlike anything we have ever seen. From eye gouging to hitting at the neck and shin, anything goes. Batman comes out the victor but he almost loses face in one of the most epic, bloodiest, and brutal batman fights ever.

In Endgame, Batman’s nemesis, the Joker, has gotten out of his prison and poisoned Gotham’s water supply. In a desperate plea for help, the Batman turns to the Court Of owls for help. One of the most brutal Batman fights, it was years in the making. The Joker and Batman have at it for one final time. The Joker slices open one of Batman’s eyes with his joker card. The Batman snaps Joker’s spine with a stalactite. As the fight under the caves beneath the Bat-Cave comes to an end, explosions end up burying both alive.

Batman: Birth Of The Demon

In Dennis O’Neil and Norm Breyfogle’s Birth of the Demon, DC gives us a first look at the origin story of Ra’s Al Ghul. What makes Ra’s the legendary Demon’s Head. Theone-shot ends with a mother of all fights where Batman has a shovel literally buried into his chest. He still gets up to fight and ultimately saves the day. It’s one of the most brutal Batman fights ever seen in history.

Bibhu Prasad Panda is a Senior Content Writer at FandomWire. He has always been fascinated with the world of word balloons and text boxes since he was 5. From aspiring to be an engineer to becoming a market research specialist, life’s been quite a journey for him. Bibhu now follows his passion as an entertainment journalist/blogger. He’s also an Omen main in Valorant. SCATTER!!!!