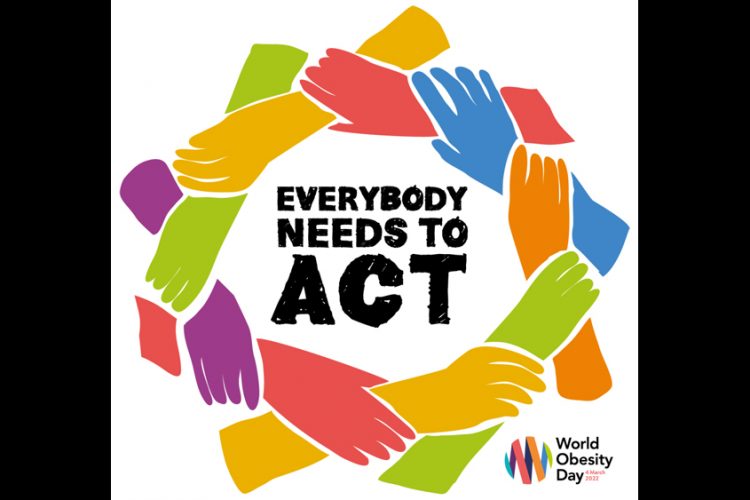 Healthy Caribbean Coalition (HCC) continues its fight against obesity and promotion of health lifestyles for both children and adults.

On the eve of World Obesity Day, a media statement highlights statistics indicating that six Caribbean countries fall into the top ten list when projecting 2030 child obesity rates (5-19 years), with Barbados and Jamaica at 22 per cent, Bahamas at 23 per cent and Bermuda at 24 per cent, exceeded only by the United States at 25 per cent.

In this regard, HCC noted that regional partners have united to reaffirm commitments to tackle obesity as a new global report shows Caribbean ranking high in obesity figures.

On the occasion of World Obesity Day 2022 and in celebration of the theme ‘Everybody Needs to Act’, nine regional partners have united to reaffirm their commitment to work together to prioritise action against overweight and obesity even as the World Obesity Atlas, 2022 paints a dismal picture for obesity in the Caribbean.

The Healthy Caribbean Coalition (HCC) has joined with The Food and Agriculture Organisation of the United Nations (FAO), The Caribbean Public Health Agency (CARPHA), The Pan American Health Organisation (PAHO), The Organisation of Eastern Caribbean States (OECS) Commission, The United Nations Children’s Fund (UNICEF), Earth Medic/ Earth Nurse, The Law and Health Research Unit of the University of the West Indies, Cave Hill, and the Rotary District 7030, Rotary International, to highlight the need for robust policies to prevent and treat the crisis of overweight and obesity facing CARICOM countries.

The Atlas, released today March 4, 2022 by the World Obesity Federation, noted that:

There is some good news. Among the top 10 most prepared to tackle obesity and overweight are Barbados, Trinidad and Tobago, and Jamaica with St. Lucia and Antigua and Barbuda are projected to have some of the lowest levels of obesity in children and among adults in 2030.

Unhealthy diets dominated by unhealthy ultra-processed foods high in sugars, fats and sodium, are among the greatest contributors to overweight and obesity and NCDs.

The costs of an unhealthy food environment are many: from increased health costs due to diabetes, heart disease and stroke, and many cancers; stigma of people who are living with overweight and obesity; and reduced lifespans.

Policies which transform food systems and create healthy food environments make it easier for Caribbean people to make the healthiest choices and are urgently needed. These policies will yield the greatest returns on investment.

At present, Caribbean children and adults are at a disadvantage. They are born into, grow and live in profit-making, obesogenic environments where cheap, unhealthy foods are widely available, accessible and heavily marketed. Caribbean citizens, especially children, have a right to nutritious food.

Healthy food policies which are based on sound evidence and have been shown to improve our food systems are well known, and recommended by global and regional agencies including CARPHA, FAO, UNICEF and WHO/PAHO. These policies are set out in the CARPHA 6-point policy package to address childhood obesity through joint policy action and include but not limited to:

We must move swiftly, and in concert, inspired by the vision of our past leaders, who in crafting the seminal Port of Spain Declaration on NCDs, recognised early that this group of diseases represented not only a health issue but a development issue warranting whole-of-government and whole-of-society approaches with each sector playing its respective part.

Civil society will continue to build public and policymakers awareness and support through strong evidence-based policy advocacy. Our regional academic institutions will continue to undertake research to complement global research and inform our regional policy agenda.

Our regional agencies will continue to provide high level technical support and guidance to Member States. Working together we will encourage our governments, under the leadership of our Heads of State and Government, to work across ministries in unison to implement strong coherent obesity policies.

‘Caribbean people, including our children, have a right to health supporting environments and we can only achieve this by working together,” noted Sir Trevor Hassell, President of the HCC.

“On World Obesity Day 2022, this diverse coalition of regional partners are united in our collective commitment to leverage our respective strengths in support of our governments, to tackle overweight and obesity and the interlinked challenge of NCDs through the implementation of effective treatment programmes and evidence-based healthy food policies which transform food systems for healthier Caribbean people,” Sir Trevor said.