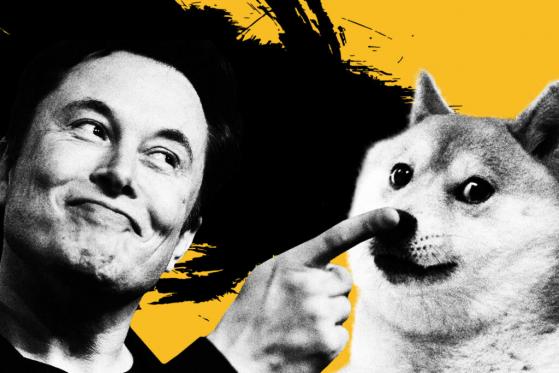 Read in the Digest

What many investors thought would be a brief correction from its November 10th all-time high of $68,789 has persisted into a fifth week. Bitcoin has lost more than 37% of its value in the five weeks of persistent bearish momentum.

The price chart for Bitcoin since November 10th. Source: Tradingview

In the last 24 hours, Bitcoin has dropped by a further 4%, sending its price down to $47k at the time of writing. There is palpable fear in the market as the price of BTC hovers around its 200-day moving average, of $46,720.

Falling below this level could see Bitcoin test its $44k support level, or even slide further down to the $41.5k mark. According to Marc Chandler, chief market strategist at Bannockburn Global Forex, Bitcoin has not gotten over its volatility issues as it has matured.

He further adds that “the volatility is deadly, and its other supposed attributes, like [the asset being] a hedge against inflation, seems spurious.”

As the leading crypto, Bitcoin has dominated the adoption of cryptocurrencies, especially by financial institutions. However, in a change of fortunes, Banco Bilbao (NYSE:) Vizcaya Argentaria (BBVA) has become one of the first banks in Europe to add , the second-largest cryptocurrency, to its product line.

In Germany, the Financial Savings Banks, a financial provider popular for holding more than 1 trillion euros on behalf of thrifty German clients, is considering offering a crypto wallet. The bank, which has over 50 million clients, says the new consideration comes amidst rising customer curiosity in crypto services.

Banking leaders, HSBC and Wells Fargo, have announced an agreement to use a blockchain-based solution for settling foreign exchange (FX) transactions. The banking giants will use blockchain to settle U.S. dollar, Canadian dollar, British pound sterling, and Euro transactions in the future.

After failing to resist cryptocurrencies, Banks around the world are adopting crypto services, a trend that could increase the mainstream adoption of cryptos.

Why Musk Prioritizes Dogecoin Over Bitcoin, SHIB and DOGE Listed on Indian Exchange

Elon Musk, the world’s richest man, famous for prioritizing Dogecoin, a meme coin, over Bitcoin, has clarified his stance. Speaking as Time Magazine’s ‘Person of the Year,’ Musk explained that the transactions per day of Dogecoin held more potential than Bitcoin’s.

According to Elon Musk, Bitcoin is better suited as a store of value because of the network’s low transaction volume and its high fees. By contrast, Dogecoin holds more promise as the network handles transactions better than Bitcoin, with cheaper fees.

In other winning news for meme coins, (SHIB) and Dogecoin (DOGE) have both been listed on India’s leading crypto-to-fiat trading platform, Unocoin.

Unocoin users can now trade DOGE against the Indian rupee, however, Shiba Inu (SHIB) did not launch with a fiat-based pair. Instead, the second-largest meme coin can be traded against , the number one USD-pegged stablecoin.

While they gained popularity as meme coins, Shiba Inu and Dogecoin have steadily been adding utility to their respective ecosystems.

The National Unity Government of Myanmar (NUG), a parallel government in Myanmar, has installed Tether’s stablecoin ‘USDT’ as their official currency and Dollar proxy. The NUG, a coalition of pro-democratic groups, was ousted by the military government.

According to the NUG, Tether’s USDT stablecoin will make it easier for pro-democratic groups to raise funds and topple the presiding government. Using USDT will also help the group bypass the restrictions and censorship of the military-led government, which had earlier declared all digital asset transactions illegal.

As one of the first major sports brands to indicate interest in the metaverse, Nike is intensifying its push to expand its reach and make a foothold in the fast-growing “metaverse.” On October 27th, Nike filed seven trademark applications for metaverse-related patents.

Now, less than a month after partnering with Roblox to build the ‘Nikeland’ metaverse, the sportswear giant has announced the acquisition of virtual sneaker company ‘RTFKT’ for an undisclosed sum.

“This acquisition is another step that accelerates Nike’s digital transformation and allows us to serve athletes and creators at the intersection of sport, creativity, gaming, and culture.” He further explained that Nike would be investing in the RTFKT brand to serve and grow their “innovative and creative community.” The goal is to extend Nike’s digital foothold and capabilities.

With such exponentially growing interest in the metaverse, it will most likely become a significant part of our daily lives within the next 3-5 years.

Join to get the flipside of crypto

Upgrade your inbox and get our DailyCoin editors’ picks 1x a week delivered straight to your inbox.

Disclaimer: Fusion Media would like to remind you that the data contained in this website is not necessarily real-time nor accurate. All CFDs (stocks, indexes, futures) and Forex prices are not provided by exchanges but rather by market makers, and so prices may not be accurate and may differ from the actual market price, meaning prices are indicative and not appropriate for trading purposes. Therefore Fusion Media doesn`t bear any responsibility for any trading losses you might incur as a result of using this data.

Fusion Media or anyone involved with Fusion Media will not accept any liability for loss or damage as a result of reliance on the information including data, quotes, charts and buy/sell signals contained within this website. Please be fully informed regarding the risks and costs associated with trading the financial markets, it is one of the riskiest investment forms possible.