Caroline Husband Comes To Rescue Of Wife In Need Of Kidney – Fredericksburg.com

Caroline husband comes to rescue of wife in need of kidney 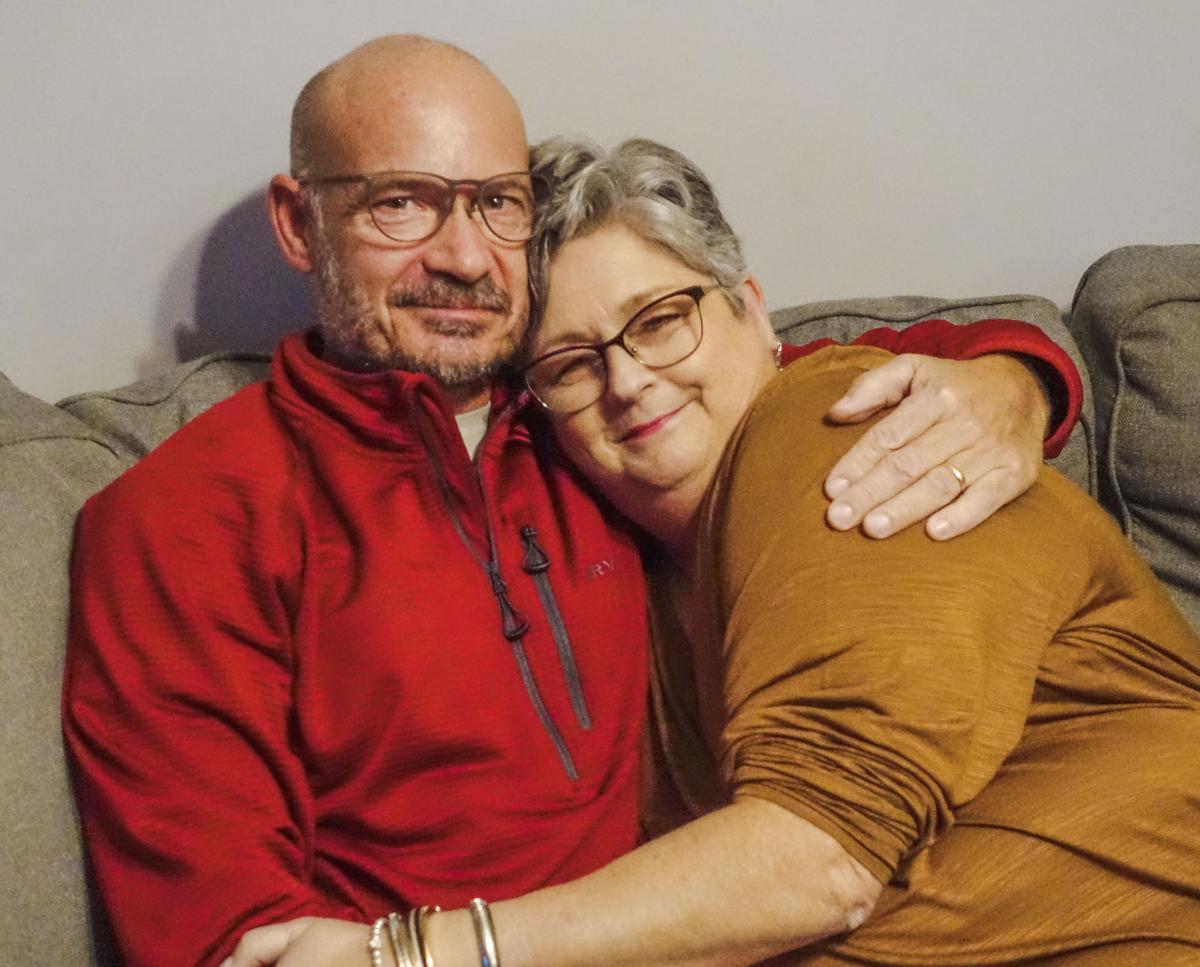 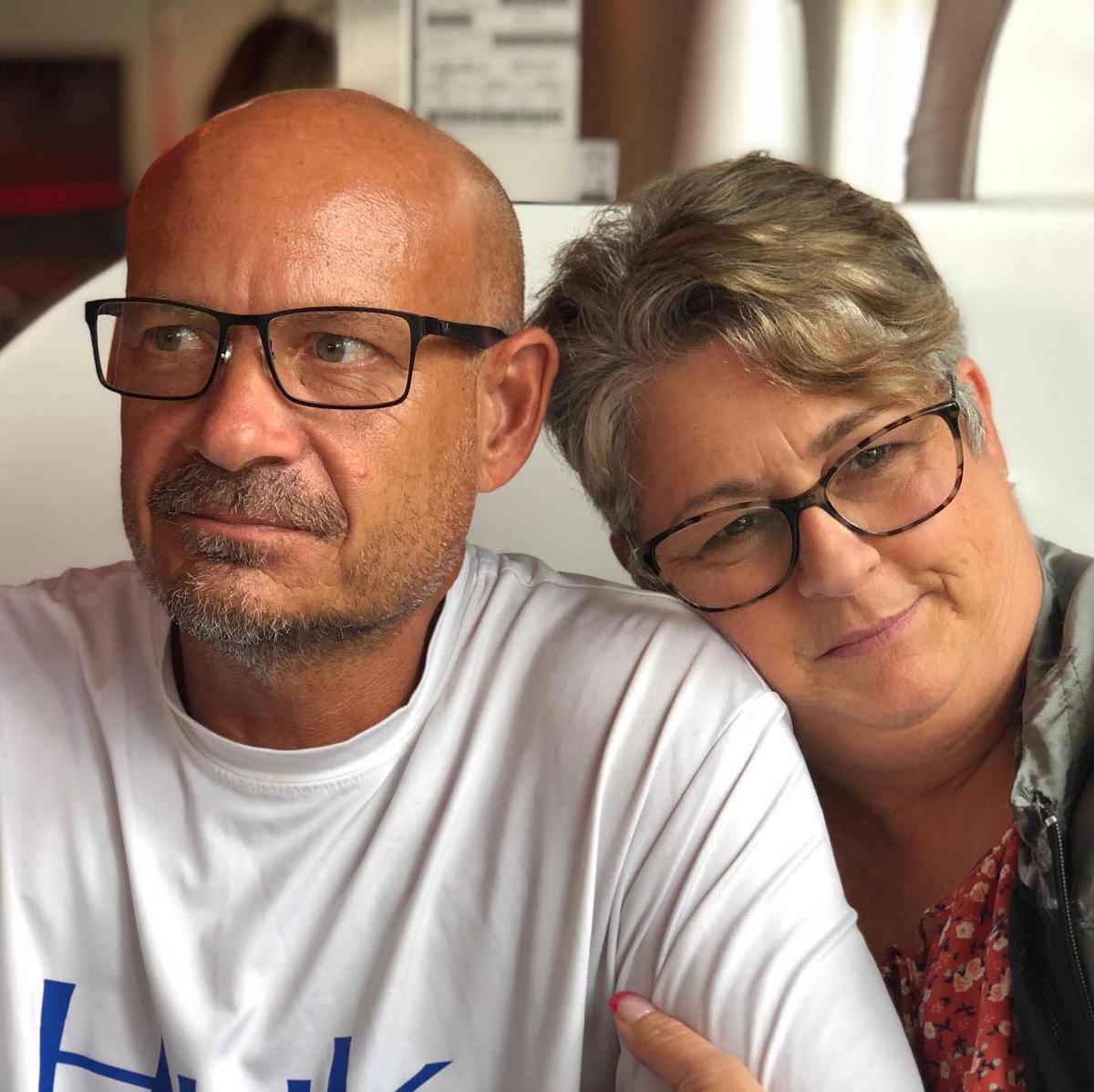 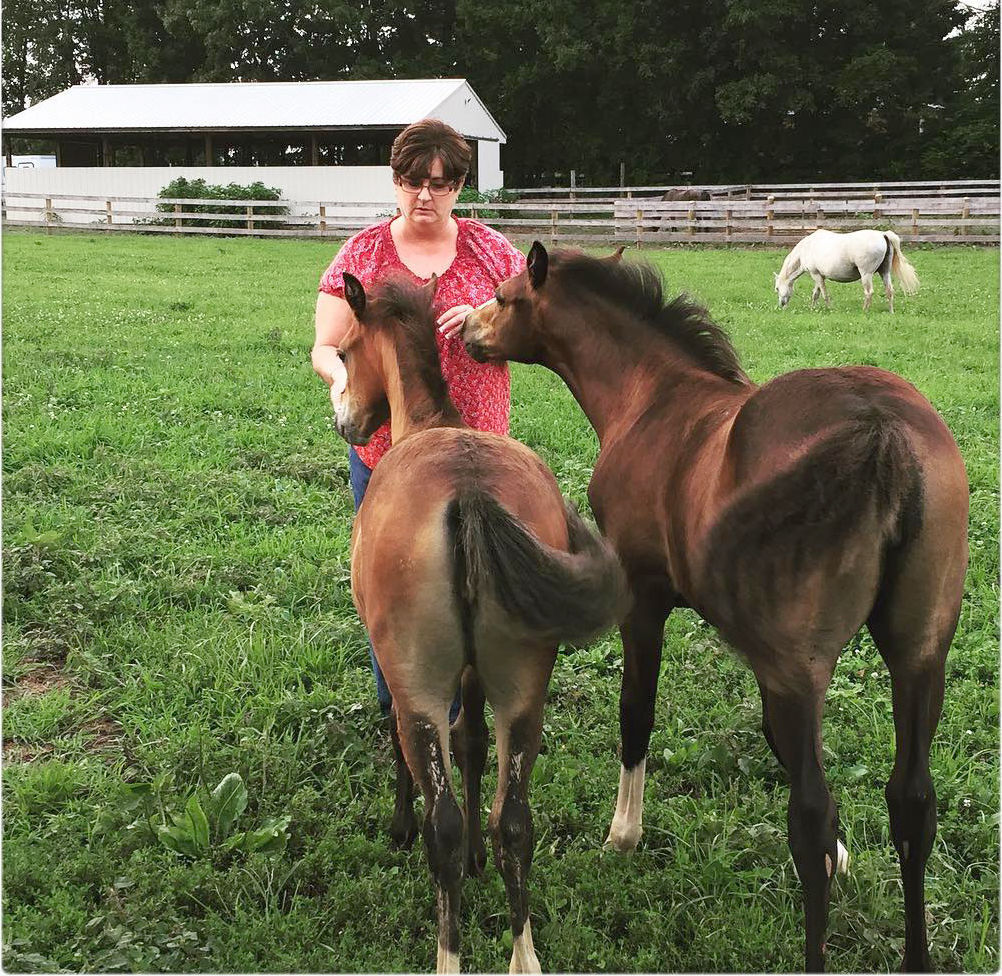 Kay Manipole of Caroline County loves to raise horses on their mini farm on Bullocks Road. 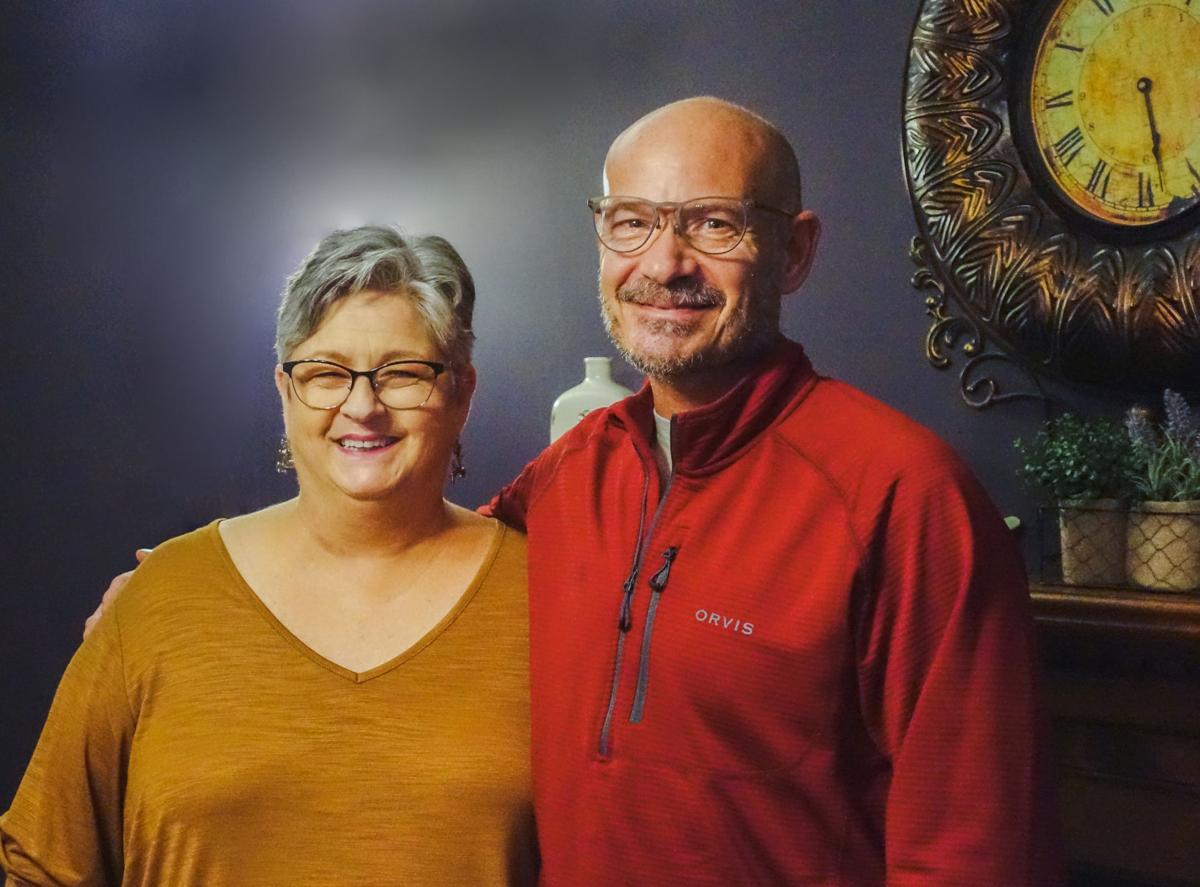 Jim Manipole was a match to be a kidney donor for his wife, Kay. The surgeries took place three weeks ago at VCU Health Hume–Lee Transplant Center.

The Manipoles were married in 1987 and have two daughters. 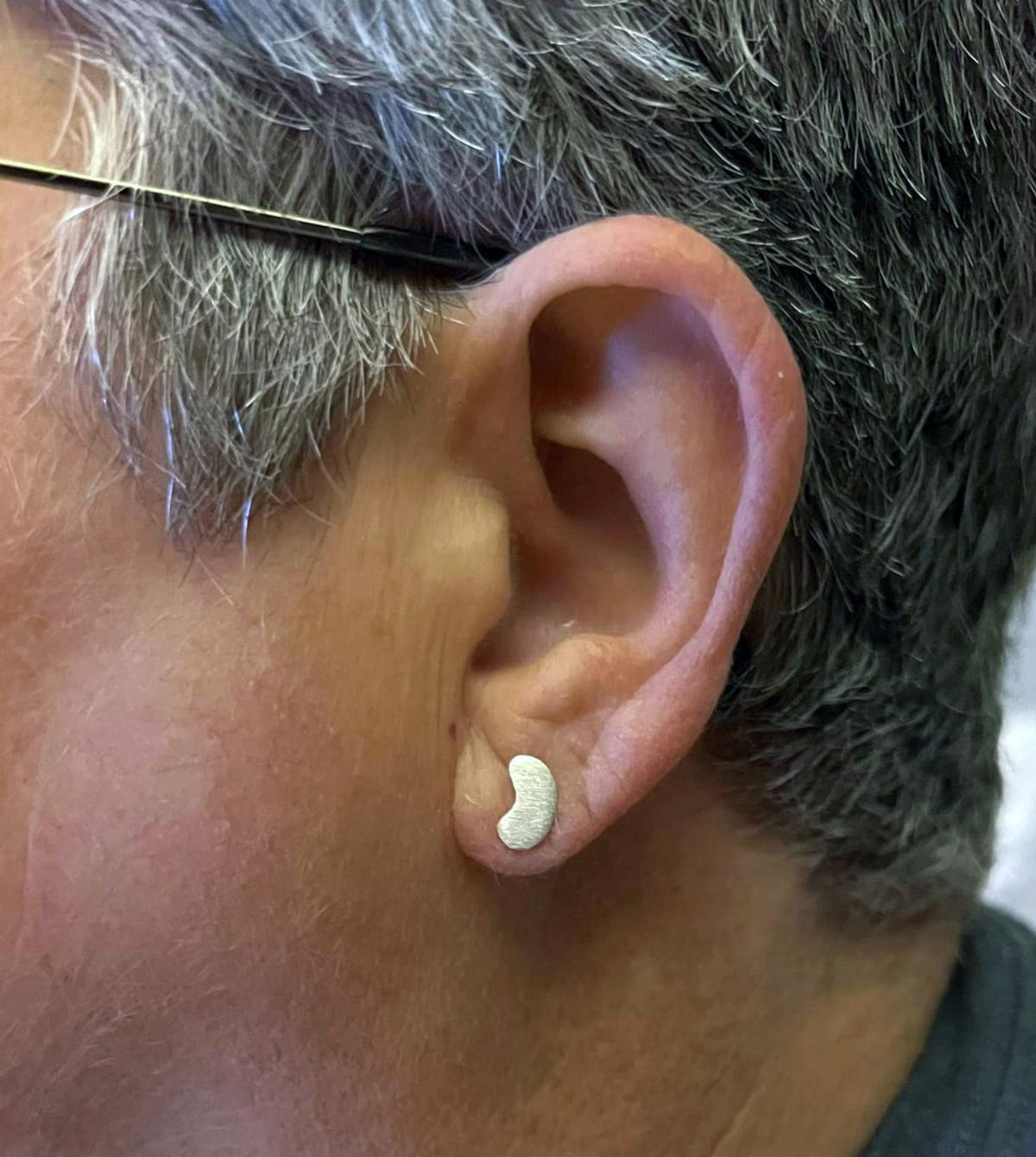 By DAWN HAUN FOR THE FREE LANCE–STAR

A couple in Caroline County now shares a bond that’s even deeper than marriage.

Kay Manipole, 57, was close to renal failure and needed a kidney transplant soon. It was becoming clear that her quality of life depended on a match or risk of going on dialysis that surely would drain her remaining strength.

Her husband, Jim Manipole, 58, was the first choice to be tested as a possible living donor because he was very healthy, they were the same age, and he wanted to do this for his soulmate.

The most successful treatment for individuals who progress to end-stage renal disease is kidney transplantation. Unfortunately, the number of available kidneys consistently falls short of the critical need.

If the donor organ does not match the recipient’s blood and tissue, the transplant will fail. It took six months to complete the thorough tests on Jim at VCU Health Hume-Lee Transplant Center to find that he was a perfect match and able to donate his kidney to his wife.

The high school sweethearts met each other as teenagers at Courtland High School in Spotsylvania County where Kay grew up. Jim was the new guy. His family relocated to Virginia from Syracuse, N.Y. “When I first saw him, I had to be the first to snag him,” said Kay.

As teenagers, they fell in love and started to make plans for their wedding after their high school graduation.

As the date grew closer to the wedding, Kay and Jim realized it was not the best time to get married. They ended the relationship and went on to college. Four years passed until they saw and spoke to each other at a mutual friend’s wedding. “We immediately picked back up where we left off,” Kay said. The couple was married six months later.

They soon welcomed two daughters, Kerrieanne and Hailee, and decided to move to Bullocks Road in Caroline County. There the daughters could raise and show horses, which led them to careers that involve caring for horses.

It wasn’t until 2011, at a yearly doctor visit that a blood test showed Kay’s kidney function was deteriorating. She developed kidney disease from taking a prescribed medication that with long-term use has caused the disease to her kidneys. “I was feeling fine at the time, so it was a surprise to me,” she said.

Those with kidney disease tend not to experience symptoms until the very late stages, when the kidneys are failing or when there are large amounts of protein in the urine, according to the National Kidney Foundation. This is one of the reasons why only 10 percent of people with chronic kidney disease know that they have it.

As a young family, the Manipoles were active, enjoying outdoor adventures. But gradually Kay noticed she was tired all the time and lacked the energy to do anything outdoors. Her kidney function had dropped to 13 percent. She became more lethargic, had trouble with cognitive abilities, and fell into depression. It was becoming harder to function at her job as human resource manager of the Fredericksburg office at Virginia Department for Aging and Rehabilitative Services.

Time was running out for Kay when VCU nephrologist Dr. Adrian Cotterell suggested starting testing for a living donor transplant.

Little did she know that her husband of 34 years was a perfect match. His donation gave her another chance at life. She received her kidney three weeks ago at VCU Health Hume-Lee Transplant Center in Richmond.

“No one doubted that he would make that sacrifice for her,” said Kim Napier, Kay’s sister and neighbor. “We are a close family and wanted to be next in line for the testing. But Jim was the first to be tested and I don’t think anyone was surprised that they were a match.”

The night before the surgery, Kay shared an emotional Facebook message about her husband. “Just over 34 years ago James Manipole gave me his heart. Tomorrow he gives me his kidney. What says love more than self-sacrifice. Love you so much.”

The transplant surgery went well and the recovery for Kay happened overnight. “I woke up to feeling normal again,” said Kay. Her skin and eye color changes had cleared and her energy level jumped. “Anything I do now is progress because I was so slow before.”

Recovery has been quick for the couple. Kay came home three days after the operation and Jim came home a day after Kay.

Jim, who is an avid runner, felt great after losing a kidney. “I had nothing but Tylenol the day after surgery,” he said.

His body didn’t take a hit at all, only mild pain at the six incisions on his side where the laparoscopic surgery was performed. Jim went back to work as director of consulting for CGI Inc. a week after the procedure. “I was ready to roll,” he said when he was released from the hospital.

He just signed up to run in a half marathon in May. Kay will not be up for that, instead, she will be grateful to be on the sidelines rooting for her husband.

Get local news delivered to your inbox!